Utah Non-Resident Concealed Carry Permit. Time to add this one to your wallet or purse. It’s recognized in 30+ States. If you were born in the US, just bring your drivers license. Otherwise, we need a copy of your naturalization papers. It is all classroom theory, no firearms involved. The permit is good for 5 years and the renewal only costs $15.00! We are offering the Entire package from start to finish in one session.  Class, Application, Prints, Photo, Postage (we even mail it out for you), and we cover the Application Fee.

Citizens have the right to arm themselves against violent criminals with firearms.
Violent criminals will always have guns. Concealed handgun carriers have a sense of safety and security instead of being vulnerable.

The right to carry concealed handguns is guaranteed by the Second Amendment.
“A well regulated Militia being necessary to the security of a free State, the right of the people to keep and bear Arms shall not be infringed.”

Adults who carry concealed handguns are law-abiding and do not misuse their firearms.
The statistics show adults that have a conceal carry are educated and responsible.

Carrying a concealed handgun could help stop a public shooting spree.
This has been proven many times where a civilian helped stop a theft or murder because they had a concealed firearm.

Concealed handguns protect people who cannot always rely on police forces for protection.
It has been stated, the response time for a police officer is 11 minutes.

• Utah: There are no prerequisites to take this course. The material is suitable for anyone 21 or older.
• Florida: You need a NRA basics of Pistol Certificate or a DD214 or A Basic hunter safety course
• The length of the course is approximately 3.5 hours
• See course ticket for the course location.

• Drievers license or GOV Photo ID, paper and pen
• This course is all inclusive

What We Will Cover:

Cancellation and Rescheduling 4 or more days before the Course:
100% refund on the same payment method used or you can choose the next available course date.

Cancellation and Rescheduling 3-1 days before the Course:
You will receive 100% of your purchase price in your Gun For Hire account which can be used for anything Gun For Hire related. Courses, Port time.

Cancellation and Rescheduling is 24 hours before the Course:
If the cancelation or request for rescheduling is less than 24 hours prior to the start of the class or not at all, you will receive a 50% credit of your purchase price in your Gun For Hire account towards the next available course. This is due to the scheduled staff and course preparation etc.

“He engages the class well and keeps everyone involved.”

Last night I attended the Basic Pistol class with Tony. Even though this class is geared for beginning shooters and I have been a gun owner since 1983, the class was very informative and I learned a lot. Tony has a great teaching style that made learning a serious topic fun and easy to understand. He engages the class well and keeps everyone involved. During the live fire session Anthony worked with me and helped me overcome some bad habits I’ve developed over the years and he also has a nice approach to teaching firearms safety and handling. I also observed both Anthony and Tony taking first-time shooters from nervous first trigger pulls to consistent groupings. Everyone seemed to be having a great time. Last week I also took the UT & FL non-resident CCW courses. He also has a great presentation style and managed to get a room full of applicants trained and processed promptly. Your Gun For Hire  facility is also first class. It’s clean and welcoming. Most indoor ranges I’ve been to are dark and not user-friendly. GFH stands head and shoulders above the competition. Thanks again for offering this opportunity to the public to increase firearms safety and skills. I look forward to another class soon.

“The minute I walked in we were greeted and welcomed like family.”

“The minute I walked in we were greeted and welcomed like family. I never thought businesses did that anymore it was truly refreshing for my son and I to experience that type of environment. Even the owner came over and welcomed us to the family. We’re new gun owners and didn’t know much about what we bought. I was a bit embarrassed but that was put to rest the minute we met the instructors. Not only did these guys know there stuff they knew how to deliver it to the entire class. I am truly fortunate we began at Gun For Hire. Next up Holster draw! Anthony please feel free to use this on your site or email” – Sincerely John & Sebastian

Since 1992, we have been the Gold Standard for Firearms Training. Our Instructors have over 375 combined years of Military and Police training.

NRA Fact: So many students have trusted us to train them that we are only second to the Boy Scouts of America.

If you have any questions regarding Gun For Hire Courses or you would like to schedule a private lesson, please send Tony Urena our Director of Training an email. We look forward to welcoming you to the family! 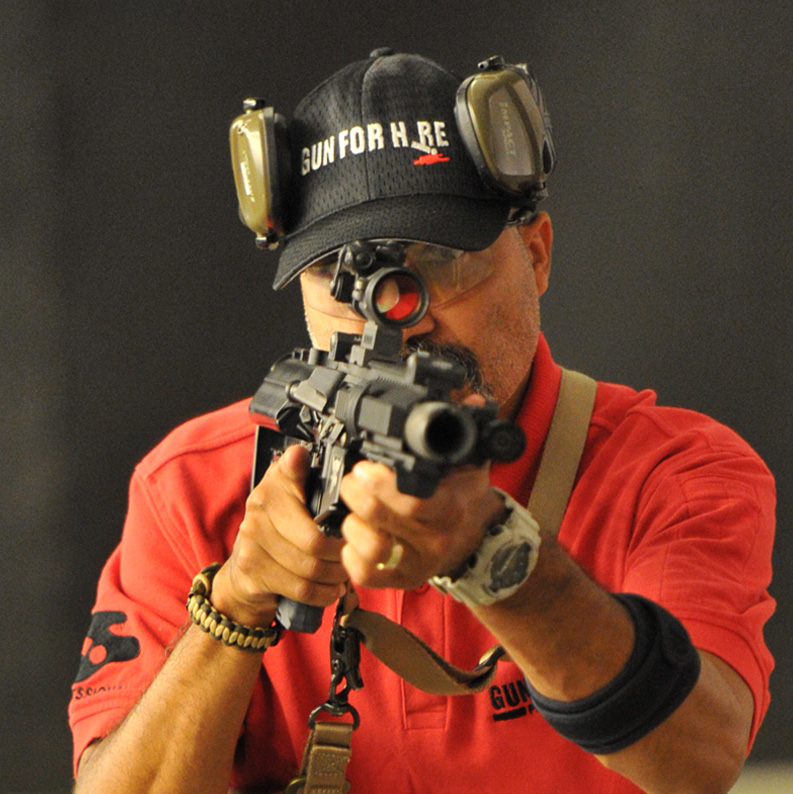 Tony is a United States Navy Veteran as well as a Veteran Law Enforcement Officer with over 25 years of experience. During his illustrious career he was the training officer for his department, and was responsible for their bi-annual qualifications and training for approximately 100 law enforcement officers. Tony was also state certified in all aspects of firearms training which included handguns, shotguns, sub-guns, semi and automatic rifles, as well as scoped rifles. In addition, Tony was qualified to testify as a firearms expert, as well as in the “Use of Force”. Tony is also a high level martial artist, with well over 30 years of training, and was a state certified Defensive Tactics Instructor. Bob is a former United States Marine and Veteran Law Enforcement Officer with 25 years of experience. He brings a vast amount of “real world” tactical knowledge to the Gun For Hire team. Some of Bob’s prior assignments include Captain in charge of the Passaic County narcotics and violent street gang task forces. Bob also served 14 years as a operator and senior operator on the Passaic County Special Weapons Team (SWAT), serving in the capacity of point entry, sniper, sniper team leader, team leader and overall team commander. He planned and executed over 500 high risk operations. Bob is a certified law enforcement firearms instructor and holds instructor certifications in submachine gun, assault rifle and precision scoped rifle. 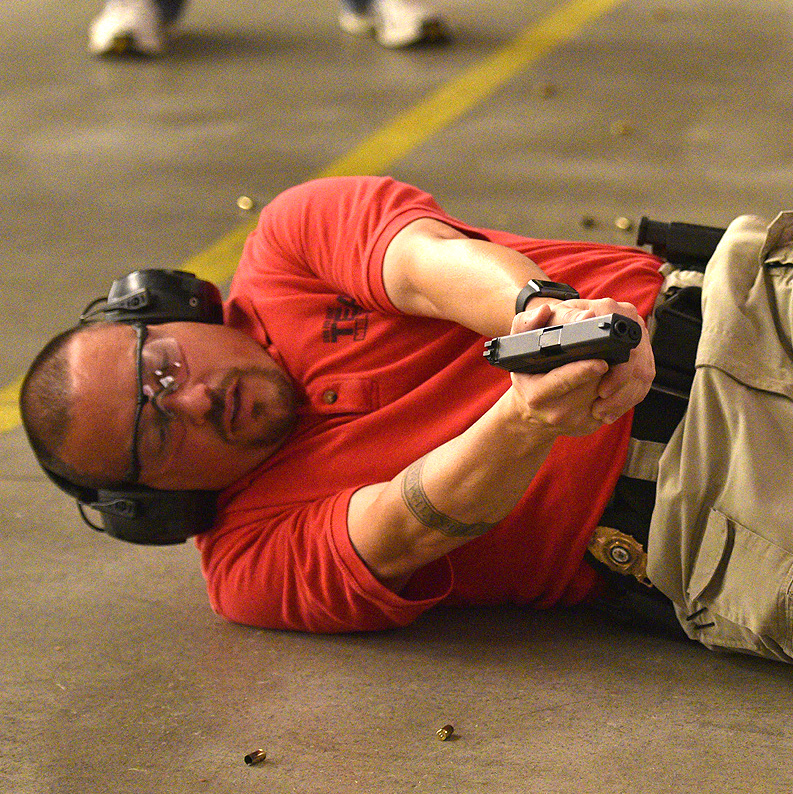 John has been a Police Officer with the Woodland Park Police Dept. for over 25 years and is currently Chief of Police. He is a PTC Certified Firearms Instructor and has attended several firearms tactical courses as well as Active Shooter preparation courses. He has been trained as a SWAT operator and holds several armorer certifications. John handles the Advanced Firearms training for his department and is a Gun for Hire Instructor in all of our exclusive courses. 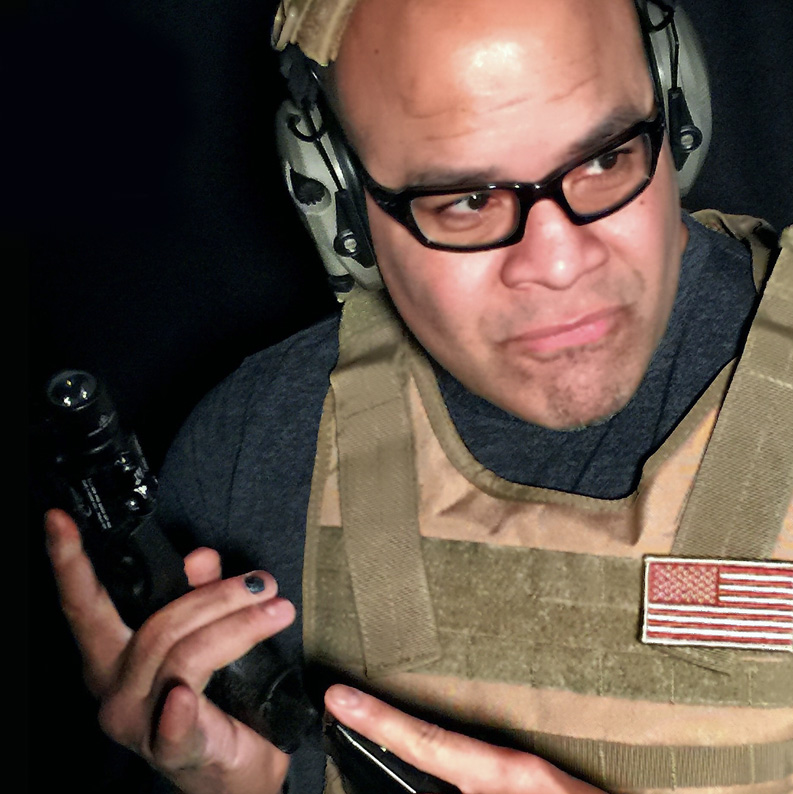 Vladimir is an active duty Law Enforcement Officer for over 20 years. Vlad has been assigned as a full time Law Enforcement Trainer since 2009, he works as a lead instructor, in service as well as academy level. Additionally, Vlad is the Range Master, lead armorer and defensive tactics coordinator for his department. Vlad is a state certified physical training, defensive tactics, pistol, shotgun, sub-gun, and rifle instructor.

Vladimir has been a Martial Arts practitioner for over 30 years, reaching a high level, competing particularly in sparring and full contact competitions, becoming successful in winning numerous tournaments and holding many titles nationally and internationally.

Vladimir’s experience includes being assigned to various law enforcement units such as anti-crime, emergency services, as well as counter-terrorism throughout the state. Vlad is also a trained HazMat tech, Rescue Diver, and instructs topics such as Use of Force and active shooter, to name a few, to Law Enforcement and civilians. Retired at the rank of sergeant in 2010 after serving 25 years with the Fort Lee police department in New Jersey. During his time with the police department he worked Patrol, Police K-9 Handler, Narcotics detective, Patrol supervisor and Narcotics supervisor. He is a graduate of the Drug Enforcement Agencies “Drug Unit Commander Academy”, the FBI’s SWAT School, FBI Sniper School and FBI Defensive Tactics Instructor School.

Wayne served on the agencies Emergency Services Unit from 1988 through 2010 and was Team Leader starting in 1991 and was responsible for team training and tactical operations. Wayne also served as the departments liaison to the Terrorism Task Force and taught law enforcement and civilian Terrorism Awareness courses in Bergen County. Wayne served in the U.S. Army Reserves with the 812th Military Police Company from 1983 to 1987. Ed is an NRA certified Instructor and Chief Range Safety Officer. He is a strong proponent of our right to self protection, and is a constant student of multiple weapons platforms, disciplines and ideologies. Ed is a Glock Armorer and has had the privilege of training with subject matter experts including Special Operations Forces, Law Enforcement and Civilian. He enjoys bringing the skills and fighting mindset to shooters of all abilities.

“You will not rise to the occasion, you will default to the level of your training.” Barrett Tillman 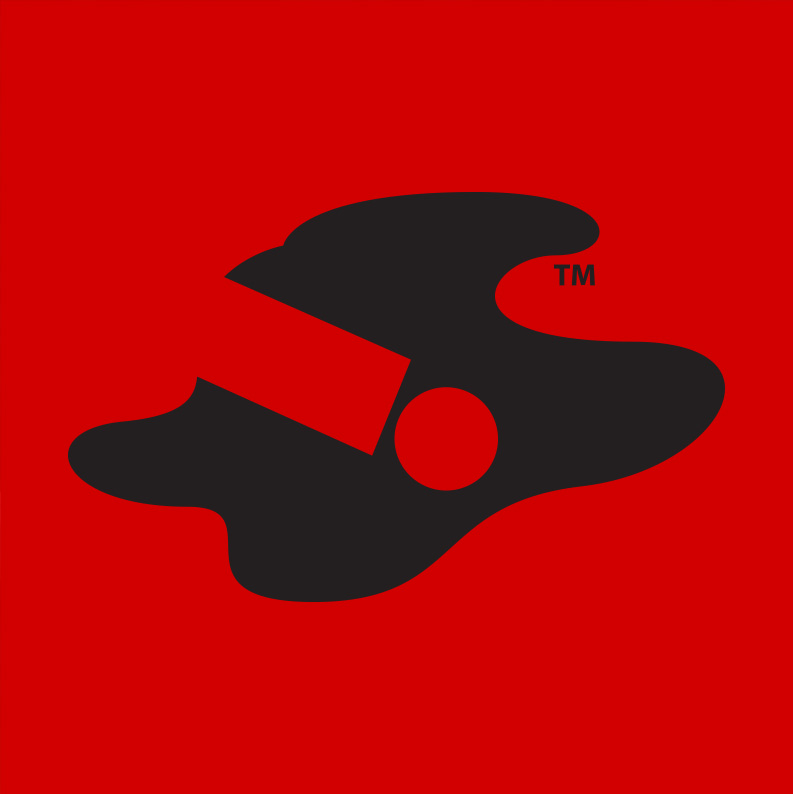 Henry is a professional educator with more than 20 years of experience.  Henry is a family-man  who advocates the second amendment and that you are your own first responder.  He has conducted instruction for hundreds of clients in firearm handling, basic fundamentals, proficiency and skills and firearm safety. Henry has been providing firearms instruction to Boy Scouts, youth, police, and private persons since 2014.

John Gurriell is a New Jersey certified Paramedic. He has been working as a medic since 2002, mostly in an urban setting. John is also a tactical medic who has been involved with the Passaic County S.W.A.T. team since 2010. Along with his medical experience, John has volunteered for his local fire department for over 15 years, serving in multiple positions which included Assistant Chief. He served on the New Jersey Urban Search and Rescue team as a Rescue Specialist and deployed to the World Trade Center on September 11, 2001. Prior to becoming a medic, John spent time volunteering as an EMT with his local emergency medical services squad. John worked in aquatics for 17 years before becoming a Paramedic. He has been conducting American Heart Association and American Red Cross courses for the past 25 years to include Advanced Cardiac Life Support, CPR, First Aid, and Lifeguarding.
John earned his Paramedic Certificate from Rockland Community College in 2002. He is in the process of pursuing his bachelor’s degree.
John Gurriell lives in norther New Jersey. Leo Manalo holds the rank of Guro and is the highest Full Instructor in Atienza Kali.
As the highest ranking instructor, Guro Leo travels throughout the US & internationally to teach and promote the numerous Atienza Training groups.

Guro Leo has been involved in martial arts for over three decades – from Tae Kwon Do, Tai-chi, kickboxing, & FMA.
However, his true passion lies with Atienza Kali where he has been training with the Tuhons (Chief Instructors) of the system for over 20 years.
He has competed at several Sayoc Sama Sama Head Hunter competitions & is the winner of the Cold Steel Sword Competition 2005.

Atienza Kali practitioners are a varied group – parents, business owners, Law-Enforcement, military, lawyers, and so on. Guro Leo is proud to teach Atienza Kali’s brand of weapon-oriented martial arts to the Gun-For-Hire community.

You will not find a more loyal and passionate group of instructors that are so committed to ensuring you feel safe, comfortable and excited. Not only do they have the decades of on the job training they also have decades of teaching and interacting with every level of student.

Let’s get started! Make the call, stop in or shoot us email! We are looking forward to welcoming you to the family.